We apply the Social MDP framework to a multi-agent grid world which consists of two agents, a yellow robot and red robot. Robots can have a social goal of helping or hindering to different degrees. Each scenario has robots having either the same goal or different physical goals and one of 7 different scaling factors on each of their social goals (-2, -1, -0.5, 0, 0.5, 1, 2). The higher number indicates that the social goal is weighted much more than the physical goal, and an agent wants to maximize the other agent’s goal. Similarly for the lower number, except that an agent wants to minimize another agent’s goal. See all scenarios for the list of all experimental scenarios. 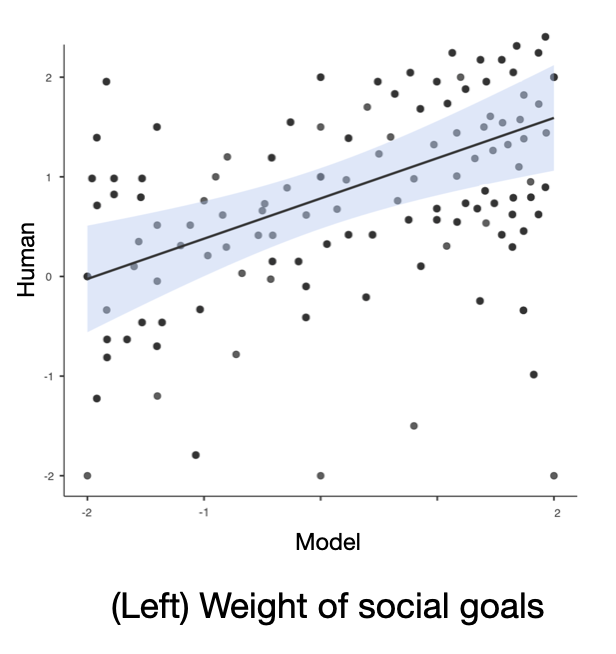 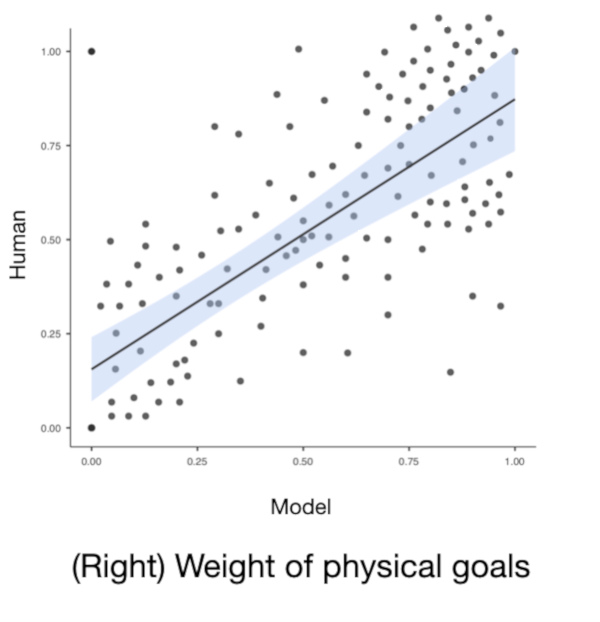 Twelve human subjects, and our model, the Social MDP, watched and scored 196 videos at different snapshots. These videos consist of the 98 scenarios where robots reason at either level 1 or level 2 (presented to the users in randomized order). (left) Models and humans were asked to predict how social the agents were and the valence of the interaction (was it positive or negative). Non-social settings have a weight of 0, while adversarial settings have a social weight of -2, overwhelming the physical goal of any agent. Humans and machines predict similar social goals both in terms of value and magnitude. (right) Models and humans were asked to predict a weight factor on the physical goal, how much does this agent care about its physical goal. At 0, the physical goal is ignored. At 1, it is weighted equally with a social goal also set at 1. Human and model scores are again highly correlated. Our model is able to effectively generate trajectories that humans recognize as being social interactions. It is also able to predict the type of social interaction that humans believe occurred. See results for all scenarios.

Refer to the S-MDP repository for the codebase.